The Linn Selekt is the latest Linn streamer and amplifier. Built on a modular chassis it offers a range of options all in one case

If you have a Majik DSM this is a large and obvious improvement in the clarity of the sound. Instruments are more realistic, vocals have more emotion and bass instruments go deeper and are more dynamic. Luckily Majik DSMs are always in demand so we're happy to take them back to help you upgrade your sound. It will depend on age and condition, around £ 4000 to change as a guide

Our Linn Katalyst night was superb, using the latest Linn Akubarik Exakt speakers with katalyst DACs, 10 channels of them!

Ever wondered what goes into a Linn Sondek LP12?

The Linn LP12 how it works

This is a beauty to behold and sounds even better. 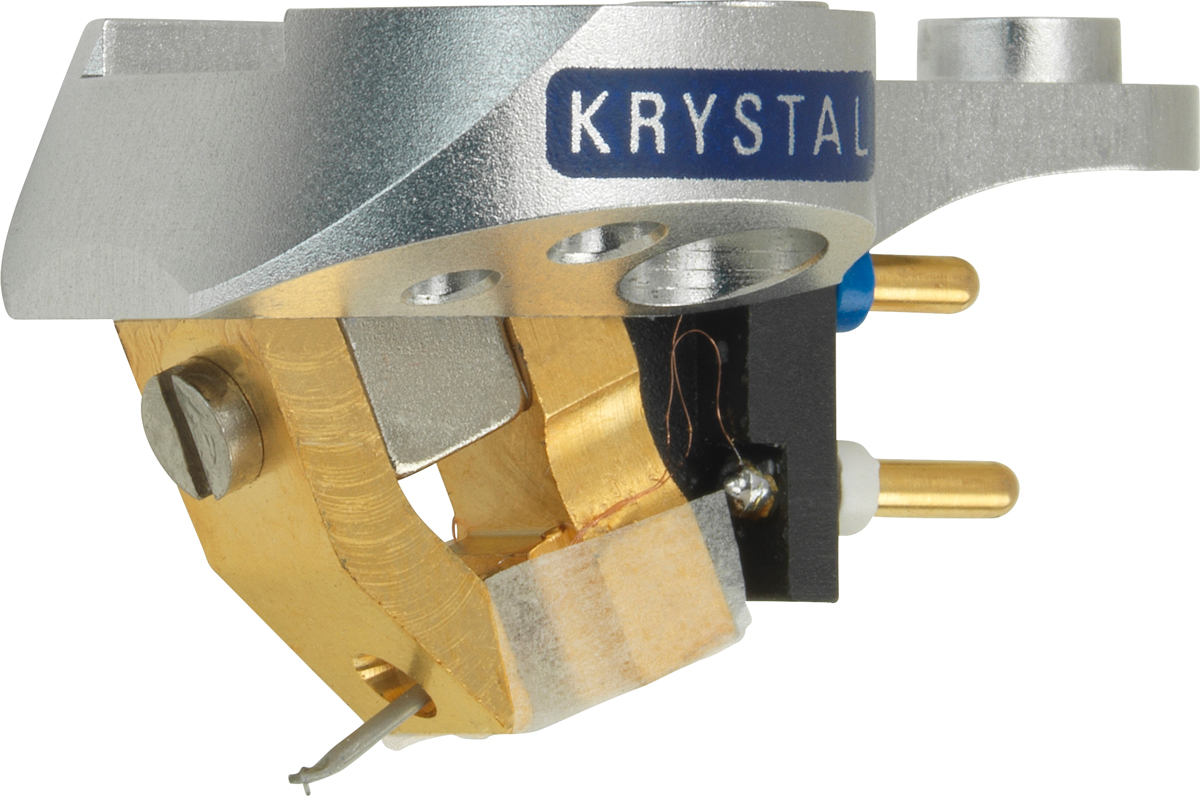 The Krystal replaces the long running Linn Klyde with coils and cantilever derived from the Kandid, Linn's £2960 top of the range.

Linn continue to refine and improve the DS platform. The latest version of Kazoo, Linn's proprietary control software, has improved features and layout

Linn owners check it out, it's free!

An Exakt system, What's Exakt all about?

Anyone with a Linn DS with compatible speakers, not just Linn speakers, can enjoy the benefits of this new technology

To check if your speakers work with this click this link:

One of the lovely features of Sonos that no-one else has is the integration of music services into it's menu. Now Linn has it too, and with a high performance twist.

You can already send Spotify/Napster/YouTube by Airplay to a Linn DS, that's easy, now there is a new online service called Tidal embedded in the latest issue Linn Kazoo control software. Tidal offers 16 bit cd performance streaming of over 25 million songs and it's a delight to use. Tidal also provide a background to all the artists, band members, who else they played with, discography etc, so it's really useful as well as sounding great.

At £ 19.99/month it's twice Spotify premium but it is 4 times the bit-rate and could be worth it to you. To check it out Linn are providing DS owners with a free 60 day trial when you install the latest Kazoo software from their site. This is now live and on dem at Lyric

The Linn Exakt range has a new addition. With each new development Exact technology becomes more affordable and now it also applies to older Linn speakers. There is a new Akurate DSM Exact without the analogue outputs. This outputs in Exact digital format to an Akurate Exact tunebox which is a digital crossover and then digital to analogue converters to go the power amps and then speakers. The digital crossover is tuned to the specific Linn speaker you have, and also features room correction.

In addition there is a new Linn speaker, the bookshelf Akudorik, a development of the Akurate 212. The Akudoriks are £ 4000 per pair, but the really clever part is in the new stands. 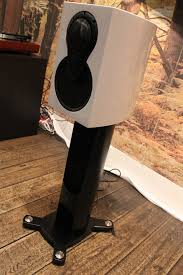 If you think that's a lot for stands, which it is, they house the Exact digital crossovers and 4 by 100w power amps in each stand.

Buying the parts in separate boxes would cost £9000 and look messy. This is an elegant solution that really works. One small cable to each speaker and you are sorted.

Following this Linn will also apply Exact technology to other speakers so you will soon be able to upgrade B&W 800 series with Exact.

Put the source in the loudspeakers

Linn's new Exakt is a ground-breaking improvement in sound.

It keeps the perfect signal from a Linn DS source in the digital format right through to the loudspeakers, where the active crossover is also conducted digitally, dramatically reducing any losses of information and increasing both clarity and dynamics. Another benefit is that this new control allows room correction to be applied with no loss of performance, meaning that you can have the speakers close to the walls or even in a corner and still sound perfect!! This was previously impossible but is now a reality for top level Linn systems

Exakt is a protocol rather than a product. Launched to coincide with Linn's 40th birthday celebrations Exakt was demonstrated with the Linn Klimax DSM and Klimax 350A speakers, but will eventually be used in the rest of the range.

The Exakt system as demonstrated comes to a cool £50,000, although there upgrade packages available for existing Linn Klimax and Akurate owners so it will only cost you £ 25,000

Some great reviews for Linn products in recent magazines:

The Akurate DSM in Gramophone May issue was described as 'an uncanny experience' , 'capable of superb sound', and 'a remarkable network player'.

Interesting that while 2 mags that use streaming sources were over the top enthusiastic about the simple set-up and control system that Hi-fi World, the analogue flat earth magazine, thought it was complex. Some experience needed! It's really easy.

These new additions to the Akurate range use the famous Klimax/Akurate 3k Array for mid, tweeter, super tweeter along with a new lower mid unit and 2 internal bass units in Isobarik configuration.

The first version available has 6 internal power amplifiers in aktiv mode for fantastic dynamics and control, and comes with a price tag of £ 15,500

The Passive version is more affordable at £ 8700!

CHECK OUT THE BLOGS SECTION FOR MORE DETAILS

A new variant for an entry level Linn system featuring Linn's DS technology with a 2/4 channel power amplifier for easy biwiring/biamping. Also features both analogue and digital inputs with optical, spdif, and hdmi options. Interesting that the power amplifiers can run as 2 by 50W or 4 by 33W bi-amped for relevant speakers.

Money has obviously been saved by having no buttons/controls whatsoever! Why? because you can do it all from your phone/ipad. Clever!

Linn have been honoured by What Hifi!? Seems unlikely I know as they are hardly ever reviewed in WHF, however the new Kiko system has caught their imagination as they called it ‘bang on the money.’ It is now the 'Best Streaming System £ 2000+'. Other awards have also come from Hifi Choice, Gramophone, and T3. Congratulations!

The Linn DS system has rewritten the rules of streaming. Linn have been at the forefront of hard disk systems for over 10 years now, but the DS system takes this to a new level of performance with a sound advantage over all other manufacturers from their unique streaming DAC technology.

Every part of the process has been examined in detail and engineered to produce the best sounding digital system ever. Book a demonstration to see how good your cds can sound, and why Linn DS customers are the happiest around!

Linn's policy of improving products in production and making those improvements and additions available to existing customers is showing it's value again.

Linn DS owners now have support for Spotify in their Kinsky operating system controlling your Linn system and music library easily from an iPhone or iPad.

This takes advantage of the research work they have done making Linn Radio and BBC Radio3 sound so good, as this technology also applies here making this the best sounding Spotify you will ever find.

This will come as standard on the new models Majik DSM, Akurate DSM, and Klimax DSM as well as the rest of the range.

The Majik, Akurate and Klimax DSM series add HDMI sockets and output to the screen. This takes the raw digital stereo sound from sat/cable/blu ray and processes this in the DS to give the best possible sound quality, in stereo.

People's next question is will this do surround sound? No it doesn't, what it offers is better clarity of sound than any surround processing using two speakers. And it's fantastic sound!

AND 2 MORE OPTIONS IN THE DS FAMILY, all without controls on the box to keep the cost down. Full control by ipod/ipad/iphone/android phone/pc/mac

This box has a DS reciever and a small but punchy (20W) amplifier in one box. It can be added to your existing system or used with efficient speakers as a complete system, and all for £1199, which as you know is seriously cheap for Linn level performance !

The only inputs are networked, so your music library, radio, and Spotify are all seamless and it can be totally hidden as you never need to touch it. In fact it has no controls even if you wanted them!

Check it out with a listen at our showroom.

AND NOW Sekrit DSM is also available, HDMI switching and a 4 channel 50W amp ready for bi-amping all in one box, only £ 1750

Linn Loudspeakers
Often forgotten due to the emphasis on source first, Linn have some truly wonderful speakers in the range just now
Majik 109s at £ 985 are fantastic, love them 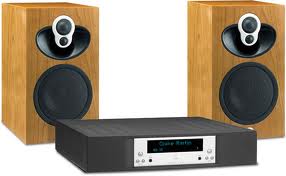 Majik floorstanders are not promoted as much as they should be. While the Majik 140s are good for £ 1800, adding the solid base to them transforms the sound to a much higher level for an extra £ 395. 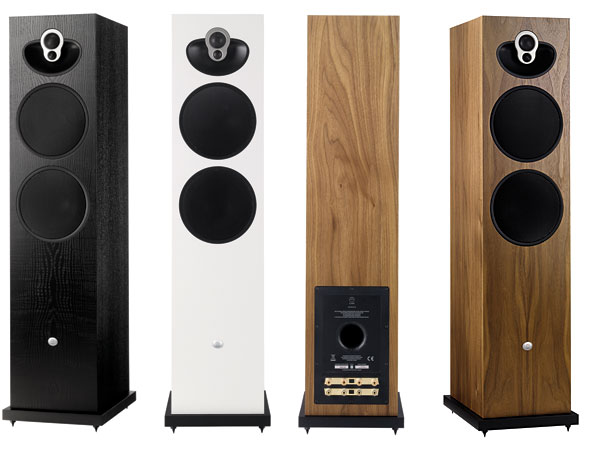 Klimax 350A or 350P speakers. Deep pockets and large rooms will be sorely tempted by these, the ultimate Linn speaker in either part active or fully active format. The active bass version at £ 21000 has little competition, the full active versions, 6 by 200w amps per speaker, are the rat's pyjamas, cat's whiskers, etc. You get the idea. As used in our Linn Lounge events these are one of the finest speakers money can possibly buy! £ 49,500 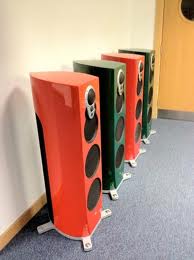 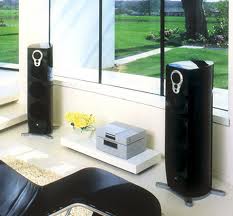