For up to date prices give us a call, or look at Currys website, we almost always sell at the same price as them anyway!

They've been around for a few years now so what's the story with OLED tvs?

I'll try to be only a little geeky!

In 2015 LG showed advance models of OLED tvs available in small quantities. These were widely well recieved as the technology had a very important trick that LED sets just couldn't do.

This was to display blacks well, which hadn't been seen since the last of the Pioneer KURO plasmas.

Unfortunately these early prototypes had other problems with brightness and processing speeds that meant that many people wrongly discarded the OLED technology as the problem.

I know, I was one of them. If it wasn't actually better then Lyric Hifi wasnt going to sell them!

So what's different from other technologies?  Well, an Organic LED display works without any backlighting. This is more like a plasma display as it can display deep black levels. It is also thinner and lighter than a liquid crystal display (LCD). In low ambient light conditions in a dark room, or most of our living rooms, an OLED screen will achieve a much higher contrast ratio than an LCD, regardless of whether the LCD uses fluorescent or LED backlighting.

Remember that the manufacturers built-up LED as a new technology to replace plasma when it was just the same LCD panels with a brighter whiter light behind it. Plasma had to go as it was more expensive to manufacture and was too power hungry to get through the latest energy consumption limits, not because LCD/LED was better.

Ok back to the story:

Moving on two years picture processing has improved tremendously, due in no small part to the advent of 4k sources not only pushing manufacturers to do better but also these sources meaning that rubbish processing was obvious on sets that 'read' well on the spec sheets but really weren't very good, especially on moving objects.

There are actually quite a few sets available that really aren't too good, but Currys don't often play sources that show this up. Can't blame them though, it suits them for everything to look the same!

While all OLED panels are made by LG they have different processing technologies applied to them in sets by Sony, Panasonic, and Loewe

I've always been a fan of Loewe's processing. Over more than 20 years they have always been at the forefront of making panels made by someone else look better than the originals although usually this carried a price premium of 25%

They're at it again, but with one huge difference.

There are cheaper models from Sony and Pana but for the best picture the Loewe is supreme and cheaper!

How do they do it? Well there is a drawback. Their online stuff just isnt as comprehensive so if you use iPlayer/Itv hub etc add an amazon prime box, which is always a good idea anyway as it also provides 4k content. 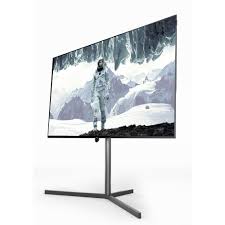 Also when you compare it to the LG the Loewe is still better, although to be fair the LG is £600 less

Instead they now offer QLED. See what they did there? QLED at a glance looks like OLED but it's actually a normal LED set with a Q in front

So when is the right time to buy OLED for your new set? First that depends on size. The high manufacturing cost of OLED means that it will mainly apply to sets of 55" and above for the next 3-4 years.

The Loewe Bild7 65" is on demonstration in the shop right now, call in for a look

The larger Q floorstanders are the Q750 and Q950 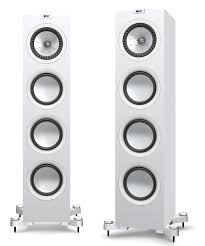 So why are there 4 round bits Michael?

That's because the top and bottom ones are ABRs, which stands for Auxiliary Bass Radiator.

ABRs aren't driven, they are passive devices to extend and deepen the bass performance while keeping it under control.

This a technique Kef have used in successfully in several models over the years.

Q950 looks very similar, in fact from a photograph it's impossible to tell between them 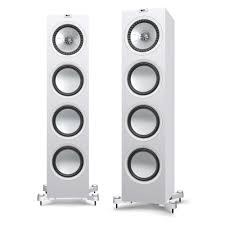 See what I mean!

All drive units are now 8" diameter so the whole speaker is 5" taller and 1.5" wider.

Listening between them is very inter esting, the Q750 from the Q550 is a much bigger warmer sound with a real easy sound to them.

It's not laid back though as it still has real punch and dynamics.

Changing to the Q950 has the same characteristics and also goes deeper again in the bass. At high volumes these can really kick it out.

Low volumes are the most clever part where the increased dynamic capability means that they stay realistic at these low volumes.

You might think it's counter intuitive that the larger speaker is superior at low volumes but it makes sense as it is related to the surface area of the drive units.

Where does this leave us?

I'd take the R series every time, but it's your money not mine, and I'm really happy to let you hear the difference for yourself

That's what we're here for

Everyone who’s into vinyl has always aspired to a moving coil cartridge. Moving coil represents the pinnacle of turntable performance, but with pitfalls.

Firstly they are tricky to manufacturer so good ones are expensive. Secondly the output is tiny and preserving, measuring and amplifying this signal requires a high performance phono stage to acquire all the extra information.

For many years we have supplied mostly Linn and Dynavector moving coils, still will,  and three years ago this was added to by Rega with a £ 920 wonder called the Apheta and a £ 2995 wonder called Aphelion. These are all the more special as they are the only moving coils actually manufactured in the UK, right down to winding their own coils. As Rega are well known for incredible value they have now added the Ania moving coil at just £ 498.

To match this Rega also have a new phono stage, the Fono MC at just £ 248 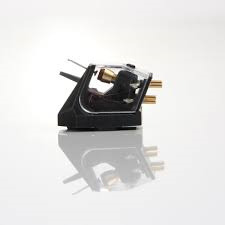 This combination will match perfectly any Rega Planar 3, RP3, RP6, or RP8 thanks to it's bespoke 3 point mounting system. Even models going back quite a few years will support this and sound fantastic.

If you fancy treating yourself to a big upgrade then this could be it. The Ania lifts the performance of a Rega to a new level and the sound of moving coil is far far superior to moving magnet.

The Ania is with us now, the Fono MC will follow at the end of June and from then we aim to have this combination always available here for a listen.

The name Q series has been a part of the Kef range for more than 20 years now and through updates every 3-4 years it has always been one of the leading speakers in its price range.

The 2 bookshelf models are Q150 and Q350 at £ 430 and £ 530 per pair. The previous version of the 350 won many awards including loudspeaker of the year so the Q350 has rather large shoes to fill. The cabinet is roughly the same size so it is the improved drive units which will tell the tale. 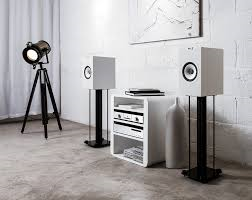 Putting them on they immediately have the sound signature of the UniQ drive unit with a smooth off-axis response hence giving a big out-of-the box sound. That's what UniQ does. However this latest UniQ is definitely better than the previous version with improved dynamics and detail. Tom Petty sounds excellent, as does another old favourite the Jacqueline du Pre Elgar Cello Concerto. The old Q300 had a bit of a 'bloom' to the bass end which was a pleasant fault to have as long as it's not too boomy and the Q350 retains some of this from the big bass unit in a small cabinet. That said these are really engaging and enjoyable, they will do very well.

Switching to the Q150 shows the same dynamics but with less volume of bass. They are still a great communicator when you play something with emotion, in this case some Nick Cave from The Boatman's Call shows how good they can be, as does some Emily Barker from Dear River.

One unusual part of the new Qs is that they all have single wire terminals instead of bi-wire. The amazing Kef LS50 is single wired so perhaps this shouldn't be a surprise. Instead of spending money on extra sockets and fancy veneers all your money is going into the engineering that provides the best performance.

Talking of the LS50 what will happen comparing them at £ 799 to the Q550 at £ 850? You might know that I am a big fan of the LS50, as is virtually every magazine and journalist around the world!

The Q550s are a slim floorstanding speaker only a mere 7" wide and 3' tall. To gain extra bass from such a narrow cabinet they have a small bass unit flanked by 2 bass radiators beneath their uniQ. They are a good sounding speaker too, more detailed on vocals than the Q350 as well as a deeper and tighter bass. 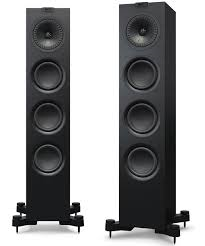 And the LS50 comparison? Well here's the thing, if you want your system to go louder with more bass, to be tall, slim, and elegant, or if you just like the look of the Q550s then buy them.

The LS50s in ever y other way are just better. 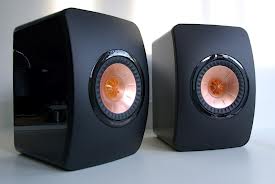 Perhaps this isn't so surprising, the UniQ's cone materials in the LS50 are more expensive and the rounded cabinet with it's massive internal bracing gives a seriously rigid enclosure.

Just in case you didn't know that Rega are more than turntables......... 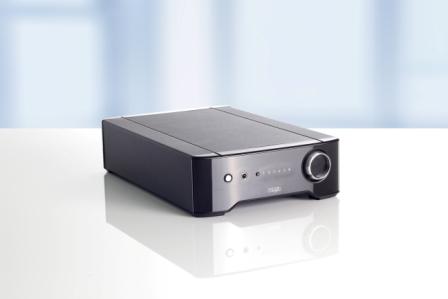 Rega Brio-r Review in The Ear

Rega Brio-r Review in What Hifi

And if you want to see what Rega are all about take this new factory tour,

including how to build an RP8 turntable 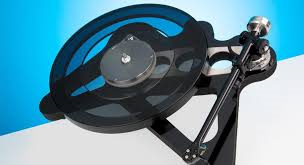 Also in What Hifi they have lis ted their 9 best turntables,

only four of them are Regas, well they couldnt have all six Regas in there!

Rega are always such great value for money that you dont associate them with a moving coil cartridge at £ 2998!