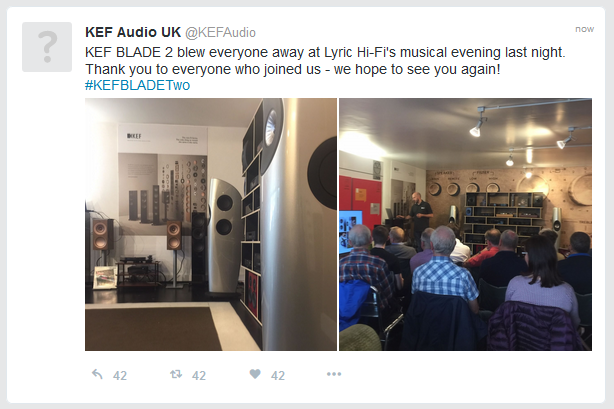 Make an appointment to hear these incredible speakers for yourself

It is with sadness that I have to report that Loewe has moved into administration in Germany.

It has been known for a while that Loewe have been courting a major investment. While we only know their premium products, in mainland Europe they had also been a mass-market player only 10 years ago. As this part of their marke t has been eroded by chinese and korean brands it has been a difficult realignment for them.

Ironically Loewe UK was actually profitable even if the parent company was not. Assurances are being made that service will continue, however we await further details.

We are so used to Rega products recieving multiple awards and great reviews that it's easy to become blase about it.

This new Planar 8 takes good reviews to a new level!

The Ear said "it truly is a triumph of analogue audio engineering" and 7Review said "A superb turntable that delivers stunning performance across a huge swathe of different music".

These are so good I should just refer you to them, and I will at the end, but first here are my observations. 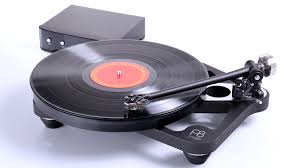 The first obvious thing is the shape. All mass is paired away to make the entire structure light and very rigid.

Form follows function not the other way round

The only weight is in the platter and even there it is placed at the outside to give maximum flywheel effect.

While it is a downside that you have no lid when actually playing records there is a dustcover supplied for when you're not. It doesn't worry me anyway as I don't use a lid, it's like a sail for airborne vibration.

You have a choice of two moving coils and a moving magnet from £ 1699 without a cartridge to a top line of £ 2439 with the metal bodied moving coil Apheta2. That's the one I've opened to listen to first paired with a Linn Selekt which is a one-box streamer amplifier with an excellent phono stage, both MM and MC, a cool £ 5500. I've also been impressed with the new Kef R3s recently, a mere £ 1300, so let's try these.

I am a bit of a jazzhead, as well as every other musichead some say, so I'm straight to a classic Blue Note album. Midnight Blue by Kenny Burrell is a great recording dating from 1963 by the legend that is Rudy Van Gelder, one of the greatest recording engineers of all time. Elvis Costello fans will also make the connection that the cover of his Almost Blue album is a homage to Midnight Blue.

This sounds superb on the Rega, tight, expressive, articulate and really giving you all of the character and wailing dynamics of Stanley Turrentine's tenor sax.

The Planar 8 sounds just as good as it looks

A trip to the classic Lou Reed Walk on the wild side confirms that this turntable can play anything you throw at it.

If you don't have a moving coil input on your turntable Rega can sort this for £ 249. Or to make it much better again use the £ 798 Aria phono stage.

Thought I should post this along with an explanation in case you're shocked the next time you call in!

There is a guy who has been on the Lyric team for many years that few of you will have met as he is mostly out on the road, Andy Irwin. There's a guy I play tennis with called Rob Lowry. Both of them have oesophageal cancer and have had chemotherapy and surgery.

It's a situation where you just feel so helpless, what can you possibly do to help ?

While the true answer is little, Gordon, pictured, and myself decided to do that little by running a charity gig with our band The Big Racquet.

Having booked the Belfast Boat Club as a venue we started blagging as much as possible. Gordon's IT support company Net-Consultants runs Finnebrogue Venison/Artisan's systems and through that contact the owners, Christine and Denis, donated 200 excellent burgers and 300 amazing hot dogs, proceeds to be split between Oesophageal Cancer and MacMillan Nurses.

To do justice to this quality of food Andy Rea, the genius head chef from Mourne Seafood, Home restaurant, La Taccheria and if you are old enough to remember Roscoff and Cayenne, came on board, providing gorgeous salads made at HOME restaurant and also one of his top chefs to run the kitchen.

Many other sponsors came in with auction and raffle prizes: Conor's Cafe donated a Neil Shawcross, beautifully framed by Nickel Art.

More was to come, football legend Gerry Armstrong turned up to do an interview with our compere, Stuart McQuitty, and provided a signed limited edition NI shirt for auction.

Biggest ticket of the evening was a unique opportunity, a day out at Wimbledon, playing on the hallowed turf of the All England Tennis club followed by a meal in the members' restaurant.

We then announced that, although people had been very generous up to that point, that £ 1000 in the buckets during the second half would mean that my head would be shaved after the gig, in front of your very eyes!

Following this the dance floor was full as the Big Racquet rocked the night away with songs from Thin Lizzy, George Ezra, Chuck Berry, Robert Palmer, Blondie etc, you get the vibe !

It didnt take long to reach that total and during the second half I announced that we had the money, go nowhere, it's on!

In front of a cheering baying mob my head received a number 0 cut and the hair was gone. Least I could do, many people don't have the luxury of that choice!

Gordon and I started out thinking we could raise £ 1000. On the day of the gig we were confident that we would do £ 4000, and now we have hit £ 7000. Incredible Thanks to everyone who contributed, and if you feel moved to add to our total I would love you to, just click below, and thanks

O, and the reason the payment page says £ 3500 target is that we already have over £ 3500, and payments due through this of the same again 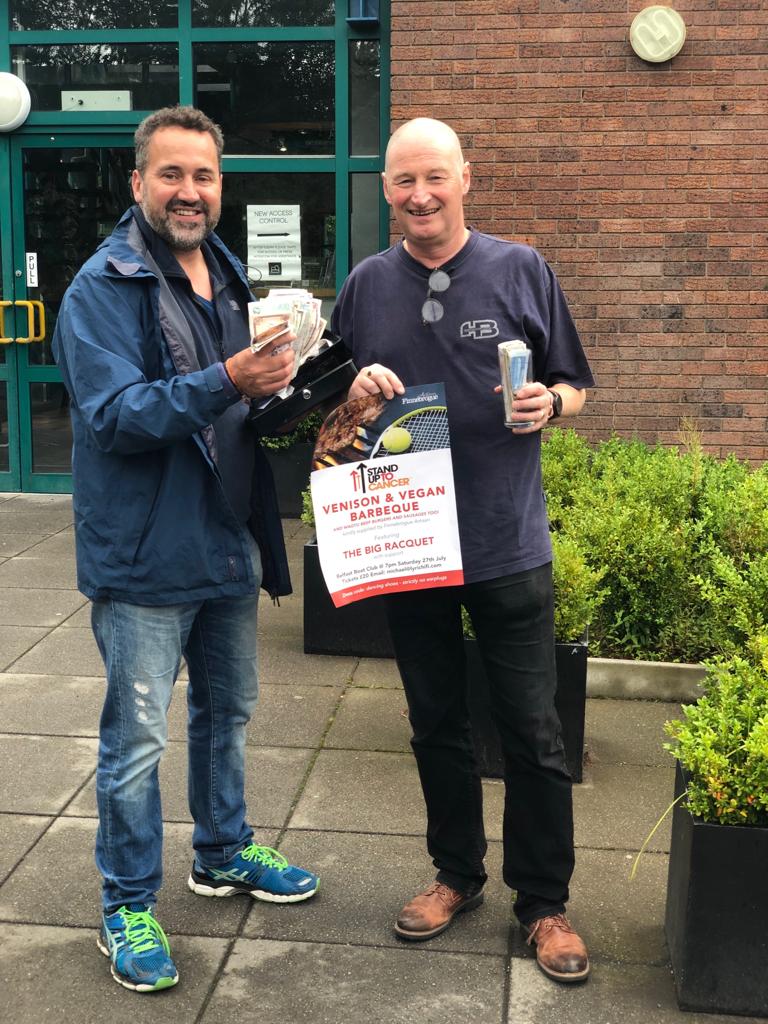 So the Linn LP12 Bus service having no upgrades for a while now have been working overtime to bring you some options.

At the highest level the Urika phono stage has gone even further in an Exakt system. This involves doing the RIAA equalisation curve in the digital domain where it can be controlled so precisely that it elevates the Sondek to new heights of musicality. This preserves the delicate signal as early as possible using the same 24 bit technology found in Linn recordings.

Unfortunately it only applies to Exakt systems and costs £2800 so those kind Scottish people have used this research to also launch a brand new power supply. 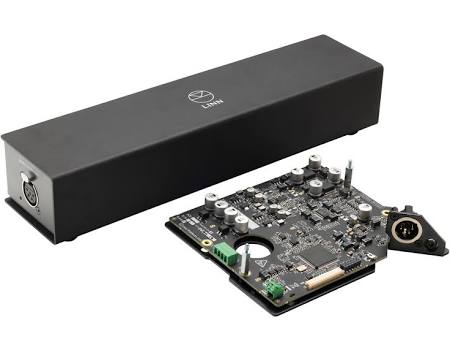 While it's called Lingo 4 it bears little resemblance to the preceding 3 Lingo versions and is actually half way to the £ 3000 Radikal. For your £ 1450 hard-earned you get a new motor, a new internal control board and a new external power supply. The result is a quieter smoother motor creating less noise and vibration. And because there is less vibration in the turntable your arm and cartridge can sense those small vibrations in the groove more accurately giving a more detailed and dynamic sound.

In case you missed them there are some other big LP12 improvements around.

The Kore subchassis is a massive difference for £ 800 and if you haven't changed your cartridge in years then you won't believe the improvement from Linn's new generation Adikt cartridge, £430 or £ 380 when fitted at the same time as a Lingo4

For older Sondeks a Circkus Bearing upgrade is still available at £ 490 fitted, as is the Trampolinn baseboard at £ 170, all of these give you a noticeable improvement

Drop me a line with any questions